With all sorrow and weeping hearts, The Tribal Union of Sinai announces the martyrs of the terrorist attack targeted the peaceful prayers of Sinai citizens in a place of God- Al Rawda Mosque. The attack left over 200 martyrs, according to our tribal sources in the heart of the scene. The militants hit the mosque with explosive devices while the people inside were performing Al Jumaa prayers after preparing for celebrating the birthday of prophet Muhammad (pbuh). The attackers closed the doors of the mosque and opened fire at the prayers with much of hatred and enmity. It was a type of retaliation for the villagers have chased the terrorists and kicked their evil out after the militants had killed several tribes members.
The ambulance and medics rushed to the place of the attack, but they were shot at by hidden terrorists who fled away.
Therefore, as The Tribal Union of Sinai we reaffirm that we won’t stop fighting terrorists and hunt them down wherever they are even if we have to sacrifice that last soul of the tribes

A kill for a kill, terror for terror, the initiator is the aggressor- Allah is the greatest.)

The Tribal Union of Sinai, the join operations room 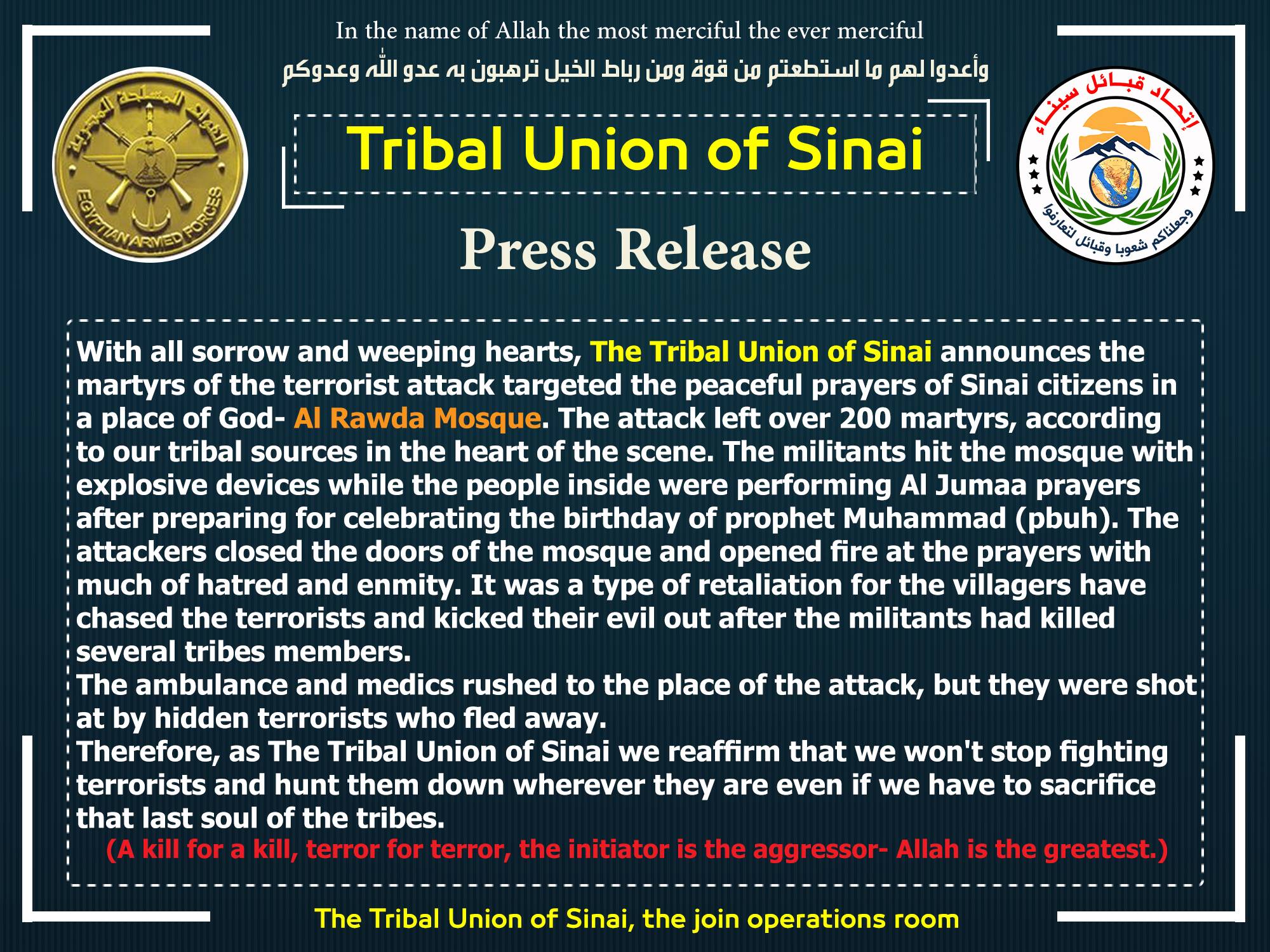